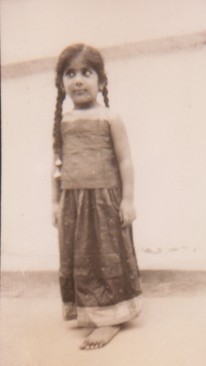 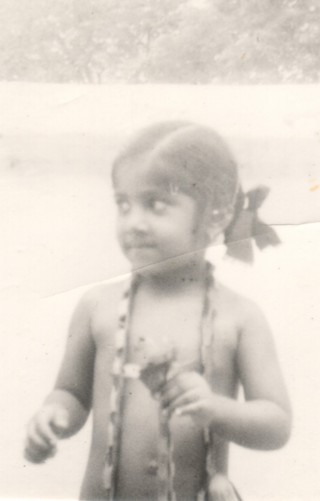 Snacking on a waterlily

Bhargavi Chandra Mandava was born in Hyderabad, India and immigrated to the United States in 1970. She grew up in New York City and is an alumna of New York University.

Upon graduation from college, she pursued a career in music criticism. Publications in which her work has appeared include the Village Voice, Spin, the Music Paper, Details and Alternative Press. From 1990-1993, she had a music column in the Kentucky newspaper Arts Commentary & Entertainment. From 1988-1989, she was New Perspectives Editor for the African Expedition Gazette.

Ms. Mandava’s first one-act play, "Plumb Nuts," was produced by New Georges at the Samuel Beckett Theatre in NYC in 1992.

In 1993, she moved to Los Angeles from NYC and began seriously pursuing fiction. At this time, she also trained and became a crisis counselor with the Los Angeles Commission on Assaults Against Women’s Rape and Battering Hotline from 1993 through 1994.

In 1997, she received a Brody Arts Fellowship to aid her fiction writing. She was also awarded residencies at Ledig House and the Blue Mountain Center, both in New York.

Ms. Mandava’s poetry is included in the anthologies, Another Way to Dance: Contemporary Asian Poetry from Canada and the United States (TSAR, 1997), Through A Child’s Eyes, Poems and Stories About War (Plain View Press, 2001) and Indivisible, An Anthology of Contemporary South Asian American Poetry (University of Arkansas Press, 2010).

Her nonfiction has appeared in several anthologies, which are used by women’s studies programs in numerous universities and colleges. Her essay "Ghosts and Goddesses" was published in Listen Up, Voices from the Next Feminist Generation; "To Apu, With Love" appears in Body Outlaws, Young Women Write About Body Image and Ethnicity; and "A Suitable Union” appears in Young Wives’ Tales, New Adventures in Love and Partnership.

Ms. Mandava's second novel is on the way.